The Impacts of Marine Plastics

Ocean contamination by plastic pollution is a growing problem worldwide.  Since plastics don’t biodegrade, they persist and accumulate in large ocean gyres (rotating ocean currents).  As many of these plastics float near the surface, they are often mistaken for food by birds and fish.  Plastic ingestion can lead to choking, starvation, and drowning of marine species as well as introduce organic toxicants into the food chain. The bioaccumulation of toxic pollutants in fish and other marine species through plastic ingestion also has indirect implications for public health due to our consumption of these species.  In this blog, I’ll highlight the main points surrounding plastic pollution in the hopes that by increasing awareness we can collectively begin to curb our use of plastic and improve public health and the environment. 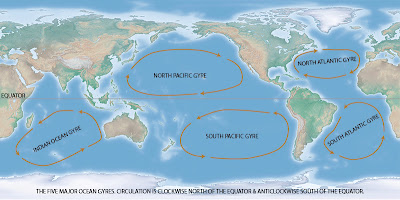 Plastics that don’t reach the landfill are often swept to nearby ditches and streams by wind and rain, at which point they are carried to the ocean.  Once in the ocean, plastics then enter large-scale rotating currents called ocean gyres.  Due to the convergence of surface water, these gyres effectively concentrate plastics and other floating debris, earning the name “garbage patches” as with our very own Pacific Garbage Patch off the coast of California.  Plastic polymers do not undergo biodegradation, but rather photodegradation, meaning instead of being metabolized and transformed by living organisms they are simply divided into small particles by the effects of sunlight.  Plastics therefore persist and accumulate indefinitely in ocean gyres and in the environment in general.

Relevance to Public Health and the Environment

Due to their hydrophobic properties, plastics readily attract PCBs, DDT, and other harmful pollutants.  Consequently, floating plastics essentially become toxic pills.  By way of ingestion, these plastic particles, or pills, introduce toxicants into the marine food chain, becoming concentrated in fish and other marine species over time.  The smallest plastic fragments have both the highest proportion of contaminants as well as the greatest likelihood of being ingested by marine animals.  It is through human consumption of these animals that plastics pose an indirect threat to public health.  Many of the contaminants that bind to plastics are the same chemicals I’ve discussed in earlier blogs such as phthalates and pesticides, associated with hormone disruption, cancer, organ disruption, etc. (See Pesticides in Food and Toxic Water Bottles).  In addition to human health effects, bottle caps, lighters, and other plastic debris are often ingested by marine birds and fish, preventing their migration and reproduction as well as causing choking and starvation.  Plastics also entangle marine species, leading to restricted growth and suffocation.  Lastly, and perhaps least obvious, buoyant plastics when aided by currents can serve as vehicles for introducing foreign and destructive species to new habitats. 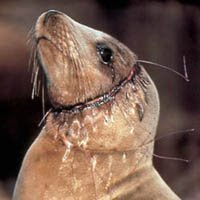 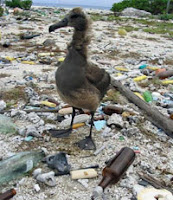 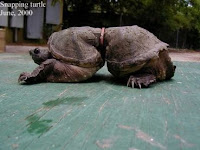 Do Your Part to Help!


For more details and info on the issue of marine plastic contamination, visit
http://www.algalita.org/index.php