A couple months ago I blogged about the toxicity of plastic water bottles due to BpA and other chemical exposures.  It’s important to be aware, however, that plastics are not the only major source of BpA exposure.  People are also exposed through consuming canned food and beverages.  This is because BpA is used to line the insides of these cans prior to packaging.  As a reminder, BpA can interfere with metabolic processes and cause reproductive health problems, and is therefore important to avoid.  Together, by reducing your consumption of canned foods and soft drinks, and by avoiding certain plastics (see previous article), you can successfully avoid the two greatest sources of human BpA exposure!
I can personally attest to the effect these exposures have on BpA levels in the body.  About six months ago, I participated in a Harvard study assessing BpA exposure through canned soup consumption.  For two separate weeks during the study period, us “subjects” were fed either fresh soup or canned soup for lunch.  Our urinary BpA levels were then analyzed for comparison.  Average BpA levels were 1000% higher following canned soup consumption compared to fresh soup consumption.  My personal BpA levels were about 25 times higher during the week that I consumed canned soup!  These valuable study results were recently published in the Journal of the American Medical Association.  By sharing this information, I hope I’ve demonstrated that small changes in your daily habits can in fact translate to enormous reductions in the amount of harmful chemicals to which your are exposed. 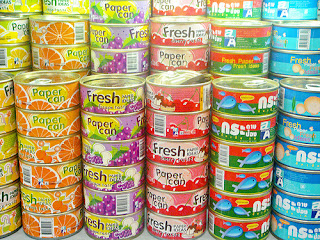