Fracking for Natural Gas: Why the Hype? 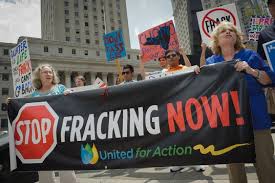 What is natural gas and where does it fit in as an energy resource?

Natural gas (NG) refers mainly to methane (the simplest hydrocarbon), but can also include other gases born from the earth including ethane, propane, and butane.  NG is just one of many sources of energy, others being coal, oil, nuclear, as well as “green” sources such as wind, solar, hydroelectric, and geothermal.  Keep in mind that much of these raw resources are simply means of generating electricity, which is why electricity itself isn’t considered an energy source.

What is fracking and what’s all the hype about?

Fracking is a nickname given to hydraulic fracturing, a process recently developed and now being used to liberate NG from underground shale deposits.  The process entails drilling a mile or more beneath the earth’s surface where sand and “proprietary” fluids are injected at high pressures to fracture and crack, or frack, the surrounding shale, allowing NG to then escape back up the drill pipe.  Since about 2005, with the use of fracking technologies, companies have been able to tap previously inaccessible NG supplies, thus dramatically increasing supply.  Largely due to this increase, domestic NG prices have dropped lower than at any time in recent history, making NG a hot item in the world of energy and politics. 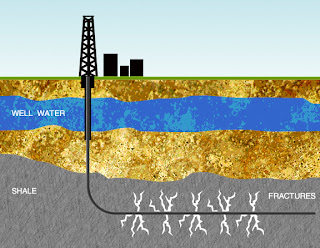 Perhaps the most overt and shameless example of political pull relating to U.S. environmental policy is the so-called Halliburton Loophole, a provision passed in 2005 that exempts fracking fluid from regulation under the Safe Drinking Water Act. This odd provision was passed under then Vice President Dick Cheney, who also happens to be the former CEO of Halliburton, one of the largest providers of hydraulic fracturing services to gas companies.  A coincidence?  I’ll let you decide. 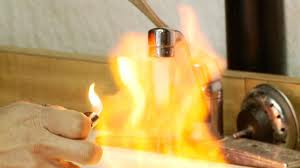 Hell, since I’ve written this much I might as well close with my personal thoughts about natural gas and the future of energy.  In my opinion, expanding the NG industry is akin to having expanded the oil industry in the past.  We’re once again focusing an entire industry and global economy on a resource that will ultimately become exhausted.  And when it does, we’ll be forced yet again into a panic, the product of which will be green renewable energy technologies.  In the meantime, however, the effects of climate change will have worsened and afflicted generations more of people.  This cost to humans and the environment is not justified by the short term profits realized by the select nations/companies that stand to benefit form NG expansion.  Finally, relating to the economy, the infrastructure required to fully develop NG resources (including expensive import/export/NG compressions facilities) will require billions upon billions of dollars worth of investments, reshaping domestic economies in certain instances.  Who is thinking about the fate of these economies when NG supplies run out?  Not the NG companies I can assure you.  As a society, we're better off bypassing the ramifications that will inevitably ensue with NG expansion and instead focus our efforts on long term energy solutions, that is, renewable energy.