In my last post I mentioned the launching of an educational blog series on climate change. Through this, I hope to inform the public on the science of the issue, its importance, and the ways in which we can each take action to help mitigate its severity. Absent of nuclear war, climate change represents the most threatening issue of our time. It affects national security, the economy, human rights, health and disease, wildlife, and more. Sadly, the solution to the problem is one that threatens the very rich and powerful fossil fuel industry; namely, a shift to alternative energy. To prevent this shift, the industry has launched a massive mis-informational campaign designed to ensure inaction on the issue. Their goal has never been to win a scientific debate on climate change. After all, 97% of scientists agree on the facts. Rather, their goal has been to divide the public on the issue. To generate doubt. To prevent public mobilization and political pressure. And very successful they’ve been. Here we are, decades after scientists caught on to climate change, still languishing politically to address the matter.

As an air pollution scientist with zero industrial ties, I ask you to please take this blog series as an opportunity to learn about and understand the facts surrounding climate change. Do not let industry turn this into a "debate." In this series I'll explain why the climate is warming, the extent to which humans are a cause, the importance of a 2 degree temperature increase, and much more. We have a potentially catastrophic situation on our hands, and it is time to dispel the industry propaganda and truly become educated on the matter. The next step will be to seriously pressure the government for change. Our kids and grand kids will thanks us!

The Not So Vast Atmosphere


So let's begin with the basics of greenhouse gases. What are they, how do they trap heat, and are we really releasing enough to alter the atmosphere? While the atmosphere seems infinite, consider this. On a planet that spans 25,000 miles around, the bulk of our atmosphere (99%) is only 18 miles high. If you’re from Orange County, that’s the distance between Newport Beach and Dana Point! Alternatively, that’s 30 football fields side by side. The point is, though we can view the nighttime stars, our own atmosphere is nothing more than a thin veneer around the planet. 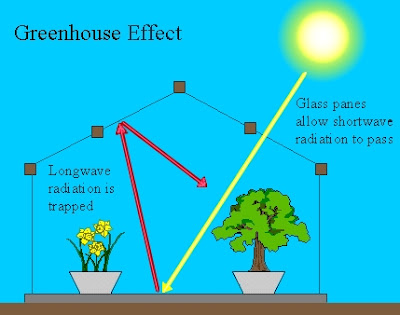 You’re all familiar with a botanical greenhouse. It stays warm even on the coolest of days, so long as the sun is shining. So how does it work? First, let me say that the sun emits short wave radiation. As objects absorb this radiation they become warm. This is of no surprise so far. What’s important, though, is that when objects warm they too emit radiation. They release long wave radiation. Now back to the greenhouse. It turns out that short wave radiation (sunlight) can pass uninterrupted through glass, while long wave radiation (from warm objects) cannot. The result is sunlight passing into the greenhouse, warming the internal environment, which then releases long wave radiation. That long wave radiation, unable to escape back out of the glass, becomes trapped. Heat then accumulates. In the case of the earth, our atmosphere is the glass. Well, not the whole atmosphere. Certain gases in the atmosphere behave as the glass of the house—gases such as carbon dioxide (CO2) and methane. Not surprisingly, we call these "greenhouse gases," or GHGs for short. With the earth, our glass ceiling is not a perfect heat trapper. It is more like glass with windows. As we emit more and more GHGs, however, those windows begin to close and temperatures rise. This is what’s been happening over the past 200 years. The graph below shows average CO2 concenrtions in the atmosphere, and the progressive closing of these windows. 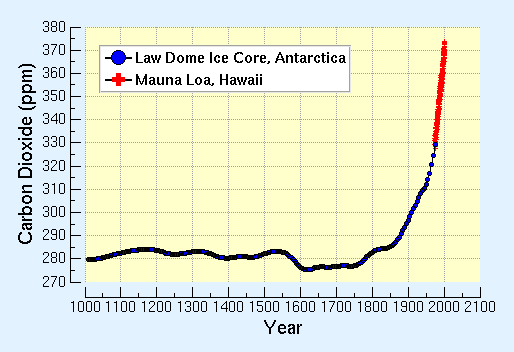 Figure 2. Carbon dioxide concentrations over the past 1,000 years.

Notice in the above graph, also featured on the U.S. National Oceanic and Atmospheric Administration website, that CO2 concentrations rise abruptly around the year 1800. This reflects the enormous spike in emissions following the industrial revolution, as mentioned earlier. This rise is no coincidence and is very substantial. From this, we might expect an increased trapping of heat and a rise in global average temperatures. Well, that's what we observe. And I'll present such temperature figures in the coming weeks.

So what about natural climate variability? In my next blog I will cover this in detail.